Revolade® Approved in EU for Children with Chronic ITP

Good news for children and teens in the EU who have ITP. Novartis announced in early April that the European Commission (EC) approved Revolade® (eltrombopag, a Novartis product called Promacta® in the US) in the EU for treating children ages 1—17 with chronic ITP that have not responded to previous therapies. Revolade is a once-daily oral thrombopoietin (TPO) receptor agonist that produces stimulation and differentiation of megakaryocytes (in the bone marrow) to increase platelet production. Two formulations of Revolade were approved: a once-daily tablet and an oral suspension formula for younger children who may be unable to swallow tablets. Revolade was approved by the EC in 2010 for adult ITP.

The EC’s approval of Revolade was based on data from two double-blind, randomized, placebo-controlled trials that included the largest Phase III clinical trial in this patient population with chronic ITP. These were the PETIT and PETIT2 clinical trials. In both trials, a majority (more than 60% in PETIT; more than 40% in PETIT2) of pediatric ITP patients achieved a 50,000 or higher platelet count without rescue therapy at least once during six weeks of the PETIT trials and 50,000 or higher without rescue therapy for at least six out of eight weeks during the PETIT2 trials. In both studies safety was the same as the known safety profile of Revolade in adult chronic ITP and no new safety signals were found. The goal of treatment in chronic ITP in children is to maintain a safe platelet count that will reduce risk of serious bleeding. The most common therapies used for ITP are corticosteroids and IVIg, which are both known for the side effects that are difficult for pediatric patients.

On April 19th, Amgen, the makers of Nplate® (romiplostim), announced that the scientific journal The Lancet published results of a Phase 3 randomized, double-blind, placebo –controlled study of Nplate® in children with symptomatic immune thrombocytopenia (ITP). In the study 62 children with ITP more than six months were randomly selected to receive either weekly Nplate® treatment or placebo for 24 weeks. The study showed that 52 percent of the Nplate® patients achieved a durable platelet response, compared to just 10 percent in the placebo-treated patients. Durable response was defined as achieving weekly platelet responses (increased platelet counts) without use of rescue medicine (to prevent bleeding) in at least six of the final eight weeks in the study.

Patients who responded to Nplate® maintained consistently elevated platelet counts. The findings show that Nplate may be a treatment option for children with symptomatic ITP of more than six months’ duration. Dr. Michael Tarantino of the Bleeding and Clotting Disorders Institute, professor of Pediatrics and Medicine at the University of Illinois, Peoria, IL, and a PDSA medical advisor said, “The results of this study suggest that romiplostim could reduce the frequency and severity of bleeding events for children suffering from symptomatic ITP, thus providing them with another potential treatment option.” Amgen will be working with regulatory authorities towards Nplate being approved for treating children with ITP. 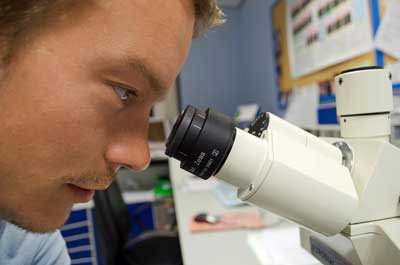 In the United States especially, we believe in and defend the treatments of “Western Medicine” as the only route to curing illnesses. However, many of us forget that multiple aspects of western medicine are derived from “traditional medicine,” which is still practiced in numerous areas of the world. Researchers across the US are utilizing this untapped resource and have created multiple centers in the Amazon to collaborate with indigenous medicine men and women, who root their practice in tropical plants and treating patients holistically. They consider the emotional and mental state of their patients as well-- a process that has been especially effective for sufferers of autoimmune diseases.

At each center an MD from Stanford, Yale, and other institutions will work with healers from either Ecuador’s Sapara tribe or the Peruvian Shipibo tribe, treating initially 15 autoimmune patients using traditional medicine, while researchers and analysts monitor patients with modern technology. Treatment regimens will include a comprehensive review of the patient’s mental, emotional, spiritual and physical state, followed by an herbal regimen dependent on targeting the chief complaint determined by the shaman. Researchers will monitor the prevalence of disease symptoms, and take heed of positive and negative effects of the treatment.

By looking specifically at autoimmune diseases initially, researchers will be able to create new treatment protocols for disorders that affect 1 out of 5 members of the US population. For these mysterious diseases, using an alternative form of medicine can only yield new and better treatments and potentially aid in finding a cure. 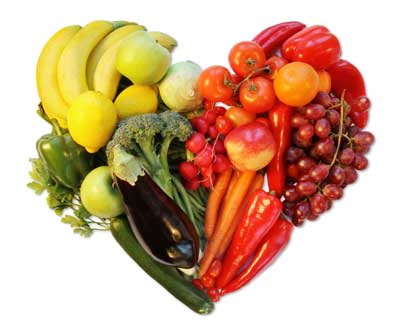 Analysts at U.S. News and World Report released a comprehensive list of the most nutritious, safe, easy, and effective diets. At the top of their list is the DASH diet (Dietary Approaches to Stop Hypertension), which emphasizes the consumption of foods rich in potassium, calcium, protein, and fiber to lower high blood pressure.

Creators of DASH at the U.S. National Heart, Lung, and Blood Institute (NHLBI) highlight increasing intake of fruits, vegetables, whole grains, lean protein, and low-fat dairy, and suggest participants avoid high-calorie foods, sugar-heavy sweets, red meat, and salt. A day’s worth of food might consist of an omelet or bran flakes with milk to start your day, chicken salad sandwich or minestrone soup for lunch, yogurt for a snack, and a leafy salad with chicken and berries or a pork tenderloin for dinner. Of course, the diet should be paired with regular exercise for best results.

Other beneficial diets on the list include the MIND (Mediterranean-DASH Intervention for Neurodegenerative Delay) diet, which lowers risk of mental deficiencies through avoiding red meat, butter, cheese, sweets, and fried foods; the TLC (Therapeutic Lifestyle Changes) diet, which also lowers LDL cholesterol and cardiovascular disease risk by cutting back on saturated fats and increasing fiber intake; and the popular Mediterranean diet, which prevents chronic diseases as well as prompts weight loss with a plate full of produce and nuts that leaves the red meat, sugar, and saturated fats in the refrigerator.