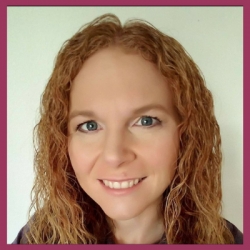 Finding others to connect with can help you find the strength you need to accept your diagnosis and feel less alone.

I was diagnosed with ITP in 2011. My platelet count at the time was 5,000. I learned this after months of feeling ill followed by weeks of having bleeding issues and many days of asking doctors to do a CBC because I knew something wasn’t right. When I finally did get lab work, the call I received told me to pack a bag, head to the local cancer center, and under no circumstances was I to drive myself. This platelet count meant that I was at high risk of internal bleeding that could be hard to stop even with medical intervention.

There is no test to determine the cause, and determining a treatment is often a process of trial and error once more common causes such as cancer have been eliminated. The first line of treatment for me was the corticosteroid prednisone, a drug whose side effects are body- and mind-changing but works for most at suppressing the immune system and thus stopping the body’s ability to destroy platelets. When my platelets began to drop as I tapered off prednisone over a period of four months, it was decided I would have my spleen removed. After my splenectomy I developed a life-threatening blood clot in my portal vein (PVT) that was treated in the hospital for two weeks as it was difficult to monitor keeping my platelets high enough that my blood would clot, yet being treated with IV blood thinners and monitored closely to attempt to dissolve the portal vein clot.

It was then determined through further blood testing that I also had a blood disorder known as APS, antiphospholipid syndrome, which means my immune system also attacks the normal proteins in my blood and causes clots to form. Over time, the PVT has increased the pressure of blood flow to other parts of my body and led to ruptured veins inside my esophagus.

All of this occurred within six months of being diagnosed. Eventually, I found what worked for me for my ITP – Rituxan®. After two separate five-dose rounds, I have been in remission from ITP since April of 2013. The PVT is still present and always will be.
In 2015, after having found the PDSA and finally feeling recovered enough to attempt to give back, I organized and hosted my first 5K for ITP awareness, Hope for Hayley. Thanks to its success, I earned a membership status with the PDSA that helped send me to their conference in Nashville, TN. I had the opportunity to meet a lot of great support people, other people with similar health issues and experts that were working to find a cure. I also had the chance to share my story by speaking in front of the attendees as a member of the patient panel. It was a humbling experience – I hadn’t realized that just as finding the PDSA and hearing other patient’s stories had given me hope, my story did the same for others. Following that, I was asked by the American Society of Hematology to join one other ITP patient on a panel with doctors, who are experts in the area of ITP, to rewrite patient guidelines for diagnosis and treatment. In December 2015 I went to Florida to meet with them and begin the planning process for the guidelines.

The day after I returned from Florida I ended up in the ER after passing out at home due to an esophageal bleed – this was the third time this had happened since 2013. But this time, they were unable to get the bleeding under control and I was rushed to the University of Iowa Hospital where I was intubated and placed in a medically induced coma for three days. Thanks to the physicians and staff there, as well as 17 units of blood products and an experimental procedure, I was able to recover. After recovering I had monthly endoscopies to monitor the areas that had bled, slowly working up to every three months, then six months, and after three years I was well enough to only need them yearly, which continues now. I still see my hematologist every three months to get my blood drawn to monitor my platelet and iron counts.

Purple is ITP’s awareness color and represents not only the visible bruises it causes on people’s skin but the emotional afflictions it causes on one’s spirit. Living with ITP can be a wild roller coaster ride of health ups and downs – both physically and mentally. Finding others to connect with can help you find the strength you need to accept your diagnosis and feel less alone.

Learning to live with ITP has been challenging, with the first few years being physically and mentally damaging. Accepting there was little I could do to stop what was going on inside my body wasn’t easy. But in the long run, it has forced me to look for the silver linings in everything else in life. You can’t control an autoimmune disease, but you can take control of your own happiness.