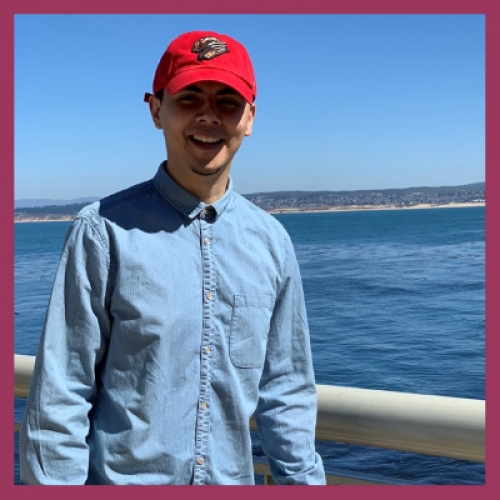 I was diagnosed with ITP in 2004, around 10 years old. I was playing peewee football and halfway through the season I started developing HUGE softball-size bruises during my games. Once my parents figured out this wasn’t normal, they took me to the emergency room and I spent about a year in and out of Valley Children’s Hospital in Fresno, California, doing multiple tests – including a bone marrow test – to figure out what condition I had. Once it was narrowed down to ITP, I went to Valley Children’s weekly to monitor my platelet count. I never received any treatment and about nine months later my count had stabilized, and I was able to get back to my normal life. I thought I had beat ITP and was past it. I was able to get back to sports, playing outside, and simply just being a kid. That was supposed to be the end of it – until it wasn’t.

Flash forward to 2019, I was now 24 years old. I had just flown out to Nashville, Tennessee with my girlfriend for Valentine’s Day weekend, and was excited to explore the city for the first time. We ended up having a great time, but not without a few major setbacks. The morning after we landed, I woke up and noticed small red dots on my skin. This was not new to me; I knew it was a symptom of ITP and became very worried that I would have to battle my old nemesis once again. As the weekend went on, I noticed myself experiencing moments of extreme tiredness. I never developed any bruises, but I knew something wasn’t right and decided to reach out to my doctor.

The day we returned home I was instructed to get bloodwork done. Sure enough, the very next day I was sitting at my desk at work and received a call from the lab. They told me I needed to drop whatever I was doing and head to the ER immediately because my platelet count was only 8,000. Shocked – but also, not really – I let my bosses know and ended up spending three days at Clovis Community Hospital being treated with multiple steroid medications that raised my counts just slightly. Even with my history of ITP, I was ordered to complete another bone marrow test just to make sure it wasn’t leukemia. Thankfully it wasn’t, but it was confirmed that I would be going to war with ITP once again.

Since then, I have seen three different specialists, taken prednisone, done IVIG treatments, and even took a light chemotherapy medication. As many with ITP know, these treatments come with many horrible side effects and time spent in and out of doctors’ offices. I eventually had to be put on disability at work and have been trying to get back ever since. For about the past five months I have been receiving Nplate® injections, which have managed to keep my numbers around 70,000 – 80,000. My current oncologist doesn’t want to stop my injections because he fears I would drop below 50,000 without them, but he also isn’t overly concerned at the moment because I’m over 50,000. I feel like I’m stuck in place and unsure how to go about beating this tricky condition. I have lost a lot of weight (30 pounds) and feel pretty exhausted most days, but I remain hopeful that I can make it through to the other side. I am very much looking forward to that day.

I just want to thank all of you at the PDSA for bringing awareness to ITP. And I want to thank everyone who has helped me fight this, including those at the Clovis Community Infusion Center and especially my girlfriend Megan who has continued to stick by my side every step of the way.

For anyone that is reading this and also battling ITP, I want you to know that you are not alone. We will continue to fight the good fight and we will get through this! God bless you all.