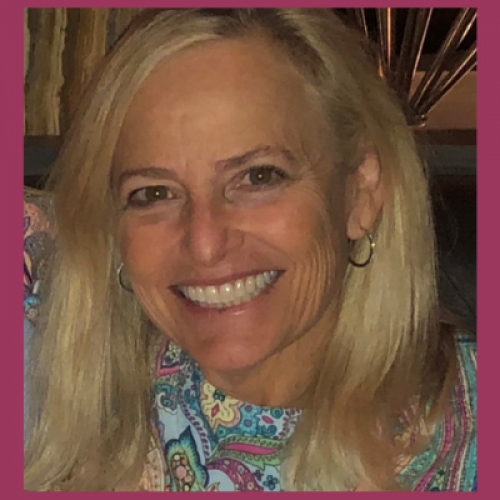 I developed life-threatening, crashing platelet counts so severe that for seven months I needed IVIG every 10 days along with daily Promacta®, steroids, etc.

I was first diagnosed with ITP in April 2017. My body was full of bruises and my platelets were at 7,000. It happened within weeks of returning from a trip abroad where I rode horses and water slides in the jungle. I developed life-threatening, crashing platelet counts so severe that for seven months I needed IVIG every 10 days along with daily Promacta®, steroids, etc. (except for the month I was on heavy-duty antibiotics).

The PDSA website was absolutely wonderful in helping me sort through the very bad news I was dealt when my life was forever changed with a diagnosis of ITP. [In the PDSA ITP Facebook Group], there was one post by another group member who pointed me in the direction of possible [remission] like she experienced. She talked about H. pylori being the cause of her ITP, and that once she received triple antibiotic therapy [she went into remission]. Her H. pylori was eradicated and no longer triggered her body to produce antibodies that would then mistakenly attack her platelets instead of the H. pylori. I though this must be what I have, too, and sought out to prove that hypothesis.

Unfortunately, H. pylori was not my problem, but I was still convinced that something foreign had triggered my ITP and I was going to find it and get rid of it. Well… not as easy as it sounds! In summary, I spend several months trying to get rid of whatever foreign organism made my body its cozy home. It was VERY difficult to find the foreign culprit, and I came up empty-handed after many negative stool cultures, blood tests, and even a trip to a well-known clinic. I was starting to give up and began resigning myself to the fact that I would live with ITP for the rest of my life.

This is when my guardian angel friend convinced me to get ultrasonic treatment and take parasite eradication medicine to kill parasites (even though none had been found). My friend also encouraged me to go to a medical professional who used an Avatar Machine to determine what homeopathic treatments would rebalance my system, and he helped me with a slow tapering of Promacta® and prednisone. And believe it or not, it worked! I got well within one month of these two treatments and homeopathic preparations, and never needed IVIG again. I have been ITP free since October 2017.

In October 2020, I celebrated my three-year anniversary since my last IVIG. It has been about two and a half years since needing to take Promacta®, prednisone, etc.

I spent over seven months dealing with ITP: life-threatening platelet crashes, steroids, Promacta®, and IVIG, and I know how difficult it is. I am sending you all my good thoughts and strength as you navigate your ITP situation. Again, I know this might not be very helpful to many of you, but just in case anyone can benefit from my story, I want to try and help.