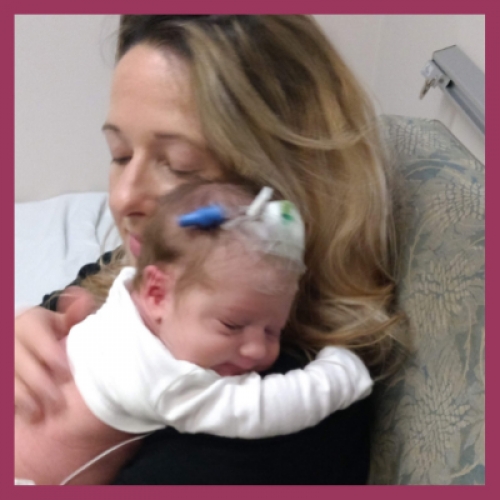 When I was first diagnosed, I was covered in bruises and petechiae and at the suggestion of a family member, my parents took me to the doctor to see what was going on. I had a bone marrow biopsy to rule out leukemia, and after my platelets didn’t rise after six months, the diagnosis was later changed to chronic ITP.

My treatments were steroids and IVIG from age 16 months to 11 years old. I had a treatment every four to five weeks and treatments only raised my counts into the 50s. At 11, treatments changed to Anti-RhoGAM slow IV push. This did not raise my counts for long either, but the nice part was that it was a 60-minute IV push instead of a 16-hour hospital stay IVIG treatment. It was tough being in a wheelchair at school with an IV in my foot for those longer treatments. I also had a para-aide at school to keep me from getting into harmful and unsafe situations such as crowded hallways and busy classroom activities and recess. I wore a helmet and knee pads on the playground and bus to prevent injuries as well. It was a humiliating experience. My aide was also responsible for flushing my IVs and handling excessive random nosebleeds.

When that treatment was unsuccessful for keeping my counts up for a longer chunk of time, at age 17 my parents and I decided a splenectomy was the next option. After surgery my counts hovered in the 50s to 80s until age 31.

When I was in my late twenties I found out my great-great-grandmother had actually passed away from complications of ITP, and there are various family members on my dad’s side that also have ITP. The connection to it all is very eye opening, and I can’t help but wonder what the heck is going on with our immune systems and bone marrow production.

When I got pregnant with my son, my count was 137,000. My first question to my OB/GYN was how this would all work with ITP. My OB/GYN referred me to a hematologist but did not seem to be concerned about my delivery. I was reassured women with ITP have very healthy pregnancies and safe deliveries. The plan was to induce when my counts were stable or do a platelet transfusion at the time of spontaneous delivery if my counts weren’t stable. I was assured that everything would be okay. And it was, but it was also a learning experience.

The entire care plan during my pregnancy did not involve my unborn son. Nothing was spoken of and so my own understanding was that everything was “taken care of.” Which it was not. I should have connected with a pediatrician right away about my medical history, but since this was my first baby, I really had no idea what I should have done or what I could have known.

I had my son on a Monday night. He scored perfect Apgar scores and my Ob/Gyn handed him to me and said he was perfectly healthy. He was beautiful but I took note of a large bruise on his head.

By the next morning, the bruise was growing, so when the pediatrician was going his morning rounds on newborns I questioned the bruise and explained my history. My son had labs done in the hospital nursery and he was swiftly sent to the NICU. His platelet count was 13,000. An hour later his count dropped to 6,000. They had to search the state of North Dakota to find platelets for him, and a sheriff had to speed them to our hospital from an hour away once they found a bag. My son had a head ultrasound to rule out any internal bleeding and was also given steroids and IVIG. He was in the NICU for eight days and his counts were a roller coaster to stabilize. We were released after two rounds of treatment and a count of 150,000.

His counts went up and down for four months and he also developed neutropenia when he was two months old. His hematologist had no explanation other than it was associated with the low platelet issues. Breastfeeding my son was a question no doctor felt they could answer with certainty because of the antiplatelet antibody I have, and whether that would cause his platelets to crop even more, but I was ultimately given the go-ahead by his hematologist when he was about a month old. Meanwhile, a week after my delivery my own counts were close to 200,000 which really floored my hematologist. It seemed my own ITP was in recovery while my son may have been just starting the battle. He’s a year and a half now and has normal platelet counts.

I was very upset at myself and at my care team for not raising any concerns about my son – if he would be healthy or not. I am so thankful that I went with my gut instinct to check his counts, but the fact that I had to be the one to ask for his platelet count is unacceptable. I am also thankful that there is now a protocol in place at my local hospital to check an infant’s counts if the mother had a medical history of ITP – this was put into place after my son was the first ever to be treated for low platelets in our NICU. They were not prepared to handle his case, and several physicians – including my own – had heated discussions about my son’s best care plan.

It was an emotional and serious rollercoaster. One where I felt I had the best background knowledge to know what was going on. My story is to educate women with ITP about what it looks like when things don’t go according to plan during pregnancy and childbirth.