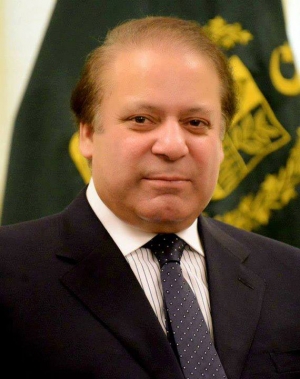 Sharif, 69, is being treated at a hospital in Lahore, where medical tests suggest he has a low count of blood platelets.

Sharif, 69, is being treated at a government-run hospital in the eastern city of Lahore, where medical tests suggest he has a dangerously low count of blood platelets, Talal Chaudhry, a senior leader of Sharif's PML-N party, told Al Jazeera on Friday.

"It is acute immune thrombocytopenic purpura, a bleeding disorder, in which the immune system destroys platelets," the doctor told Dawn, speaking on condition of anonymity. "We are hopeful that his condition will improve in a few days."

- by Asad Hashim for aljazeera.com. Photo courtesy of Wikipedia.