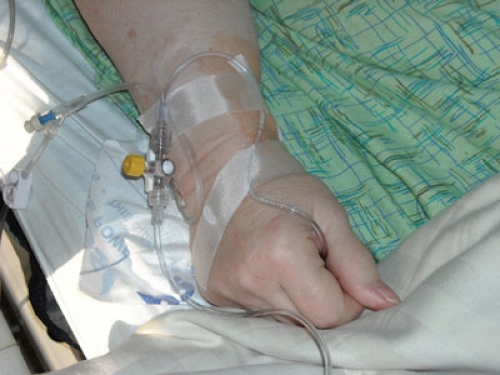 For the last eight years, Leslie MacGregor from Newton, Massachusetts, has been getting intravenous infusions every month. The treatment is called immunoglobulin, and it bolsters her defective immune system with concentrated, infection-fighting antibodies from healthy donors.

Without it, she would get serious infections of her lungs or skin, bad enough to land in the hospital. She would also suffer autoimmune attacks that cause agonizing nerve pain. When they flare up, she says, "it makes me feel like my feet and legs are being dipped in boiling oil."

MacGregor's latest infusion was scheduled for the end of June at Massachusetts General Hospital. Five days before, her doctor called and told her that she would only be able to get half her usual dose, and that her next six months of scheduled infusions were all canceled.