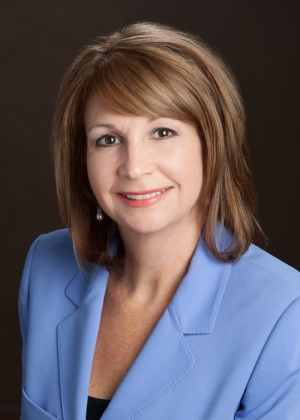 The Platelet Disorder Support Association (PDSA) Board of Directors is pleased to announce that Executive Director Caroline Kruse has been named President and Chief Executive Officer. Kruse, who has been Executive Director of PDSA since January 2009, will serve in the dual role focusing on the core functions of the organization including strategy, finance, board management, fundraising, and program delivery.

Under Caroline’s dedicated leadership, PDSA has developed new relationships with key disease stakeholders and government agencies and strengthened existing relationships with partners and supporters. Her focus on mission has resulted in a greater emphasis on advocacy, expanding programs for children, teens and families affected by ITP, increasing education initiatives and advancing research to improve the quality of life for those living with immune thrombocytopenia (ITP) and other platelet disorders.

“Under Caroline’s leadership PDSA has become the go to source for patients, families and caregivers living with ITP. In addition, PDSA has become highly respected by the medical community and is a model for this type of patient support operation. Becoming President and CEO is in recognition of her exceptional leadership over the past ten years as Executive Director,” said Peter Pruitt, chairman of the board of directors for PDSA.

Prior to her appointment as Executive Director, Caroline was PDSA’s first Director of Public Relations. Before joining the PDSA staff, she served for two years as a PDSA board member, the second year as Vice Chair. Caroline co-founded the first local ITP support group in the country in Cleveland, Ohio in 2003, and still serves as its facilitator. She brings a personal perspective to PDSA as a patient with two rare diseases, including ITP, so she knows firsthand the physical and emotional struggles ITP patients face daily.

“I am honored to be appointed President and CEO of PDSA,” said Kruse. “It is a privilege to lead an organization that has such a meaningful impact on the patient community we serve. I am excited about the important work ahead as we continue to collaborate with researchers, clinicians and industry, building upon our progress to lessen the burden of living with ITP and other platelet disorders, and empower patients.”

Prior to joining PDSA, Caroline worked as a broadcasting professional for over 20 years, working on-air and behind-the-scenes at WCPN, Cleveland’s National Public Radio affiliate, and at FOX and CBS TV affiliate stations. She is the creator, producer and co-host of the nationally syndicated talk radio program, “Family Matters.” Caroline is the recipient of numerous broadcasting and journalism honors, including Ohio Excellence in Journalism Awards, Cleveland A.I.R. Awards from the March of Dimes, Distinction in Media Excellence Awards, and Cleveland Communicators’ Award from Women in Communications. Her award-winning programs focused primarily on health and family issues.

Kruse is a graduate of Cleveland State University, where she earned a B.A. degree in Communications.

The Platelet Disorder Support Association, a 501 (c) (3) nonprofit corporation, was patient-founded in 1998 to educate and empower those with immune thrombocytopenia and other platelet disorders. Today, PDSA is a powerful force serving and unifying the global ITP community of patients, practitioners, caregivers, advocates and key disease stakeholders. We build awareness, educate the global community, and provide critical connections and resources that empower patients to take charge of their disease and encourage practitioners to exercise patient-centered medical care. https://pdsa.org/