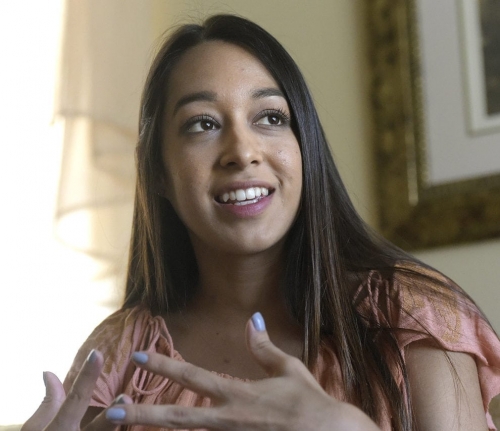 In 2015, at the age of 20, Jessica was diagnosed with a second autoimmune disease known as ITP. Immune thrombocytopenia is a rare bleeding disorder characterized by a low amount of platelets in the blood, according to the ITP foundation.

“If you have one autoimmune disease, you are generally more susceptible to others,” she said.

Jessica had to undergo chemotherapy treatments to get her platelets up.

“Since my body attacks my liver, they have me on immune suppressants,” Jessica said. “When I get sick, it is worse. It’s never a simple cold. I get hospitalized.”

- By Michele Lutes for The Signal Santa Clarita Valley. Photo by Dan Watson, The Signal.