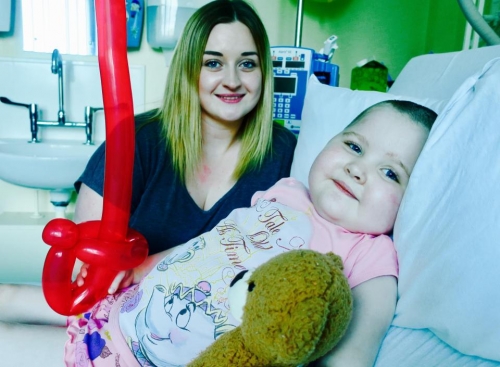 "An energetic little girl has been told she can no longer play with her friends – because one small cut or bruise could kill her.

Her mum Sarah Markham says she’s had no choice but to stop the active five-year-old from enjoying some of her favourite hobbies.

“It was really important that Skyla didn’t do anything that would cause her to bruise or to cut herself,” she explained.

“So even when we weren’t in hospital having treatment, she still couldn’t do any of the things that she loves to do like riding on her bike or jumping on the trampoline."