In this issue of the e-news, we report on a few additional abstracts that were presented at the December (2019) American Society of Hematology meeting, in Orlando, Florida. The ASH abstract numbers are shown in parentheses. You can search on the number and read the complete abstract at: https://ashpublications.org/blood/issue/134/Supplement_1

This retrospective study explores the racial and ethnic differences in prevalence and disease course of immune thrombocytopenia (ITP) in children. This study focuses on children with ITP who were treated in one of two large tertiary care centers (Houston Baylor and Children’s hospital of Philadelphia; CHOP) in between January 2015 -July 2019. In the first population, children managed for ITP through the Texas Children’s Hospital were categorized into one of four possible race and ethnic categories: White (non-Hispanic), Black (non-Hispanic), Hispanic, or Other. Within the Hispanic category, the following were included; White-Hispanic, Black-Hispanic, Asian-Hispanic, Multi-race – Hispanic, and unknown race. This demographic data was then compared to race and ethnic population data within the greater Houston metropolitan area and also that of the Texas Children’s Hospital Cancer Center to see if the representation among groups was similar. This method was then repeated in a second population of children with ITP managed through the Children’s Hospital of Philadelphia (CHOP) using the same race and ethnic categories. Data from this second population was compared to the greater metropolitan area of Philadelphia. Results revealed that ITP is less common within the Black non-Hispanic race group in these two US cities whereas at least in Houston, Black-non-Hispanic children at the Cancer Center were not under-represented. Children within these two cities identified as Black non-Hispanic and seen for ITP management appeared to be more likely to have chronic ITP (40%) than the expected 20-25%. They also appeared to be more likely to have ITP secondary to underlying diseases such as Lupus (20% of ITP).

This study confirms what many have suspected for a long time: ITP seems to be less common in black non-Hispanic patients. This suspicion was based on observed clinical practice and was not subjected to systematic investigation. The findings suggest that one common hypothesis invoked to explain this phenomenon of under-representation may not be correct: it simply the result of a greater difficulty in seeing petechiae and bruises against the background of darker than lighter skin. The appropriate population-based representation of black-non-Hispanic children with cancer at the Cancer Center in Houston suggests that access to medical care is not an issue. The second set of findings, that ITP is different in black-non-Hispanic children (more often chronic and more often secondary to an underlying disease) suggests “ITP” may also be biologically different in these patients. However, if undiagnosed children with ITP got better on their own and thus were never diagnosed, then it would be possible that the percentage of chronic and secondary ITP could be increased in this population. It would likely require a study in which all children, including but not limited to black-non-Hispanic children, had blood counts performed at a certain age(s) so that there could be objective comparisons among the groups of the incidence and prevalence of thrombocytopenia. If the blood count were not available until the next day so the exams were “blinded” as to the platelet count, it also might allow consideration of whether lower platelet counts were less often detected clinically in darker skin children. 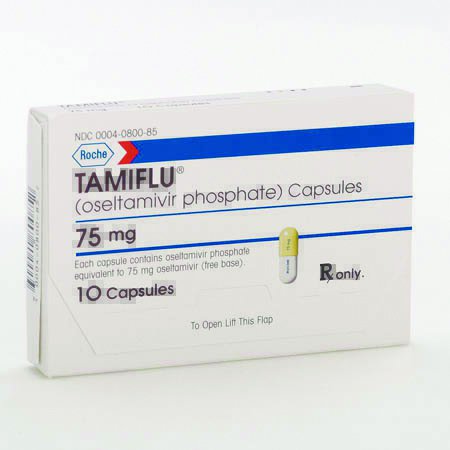 Oseltamivir phosphate is marketed under the trade name Tamiflu®to treat early onset, uncomplicated cases of influenza. It is a drug known for its ability to target certain viruses that use an enzyme called “neuraminidase” which removes sialic acid (like an amino acid) from platelet surface proteins. Previous research has shown that antibodies can result in neuraminidase causes platelet loss of sialic acid Oseltamivir, by inhibiting neuraminidase, can block antibody-mediated platelet desialyation (loss of a terminal sialic acid) leading to FcR-independent platelet clearance in the liver, which, if it occurred, would increase platelet destruction. This is because under normal conditions, loss of sialic acids suggest that the cell is “old” and needs to be cleared and destroyed. This clearance happens via a receptor in the liver not the spleen called the Ashwell-Morell receptor. This means that our general understanding of ITP with antibodies destroying platelets by linking them to Fc receptors on macrophages is not always true. This is another pathway for antibody-mediated platelet loss. Because it destroys platelets by a different pathway, some of the treatments that work in “regular ITP” do not work in these cases. This has previously been demonstrated in an individual with ITP. In this clinical trial it was proposed that treating ITP with high-dose dexamethasone and Oseltamivir would complement each other and lead to better platelet responses than just treating with high-dose dexamethasone alone. While the dexamethasone would treat the component of “regular” “antibody-mediated” platelet destruction, oseltamivir would block the loss of sialic acid and block that mechanism of platelet loss. since the mechanisms of action of the two treatments are very different. Participants enrolled into this clinical trial were adults with newly diagnosed ITP who had never received treatment for low platelets in the past. Between February 2016 and May 2018, 59 participants were recruited across five different tertiary centers in China. Of those recruited, 28 participants were treated with both therapies (dexamethasone + oseltamivir, treatment group), while 31 received only high-dose dexamethasone (control group). Results revealed that using high-dose dexamethasone in combination with Oseltamivir led to a significantly higher initial response in platelet count compared to high-dose dexamethasone alone. The treatment group also may have experienced a higher sustained response by the six-month mark, however due to a limited sample size, this difference was not statistically significant.

The difference in response to the two agents compared to dexamethasone alone suggests that this second pathway of platelet destruction is clinically important in a not small fraction of cases. It may even underlie cases that are refractory to conventional treatment or at least have a limited response. An advantage of it is that oseltamivir is not highly expensive and is also infrequently toxic. There is extensive experience with the use of oseltamivir in young children in treating flu. A better way to know who should be treated with it and whether it should be part of combination treatment or used on its own would be very helpful in the future.