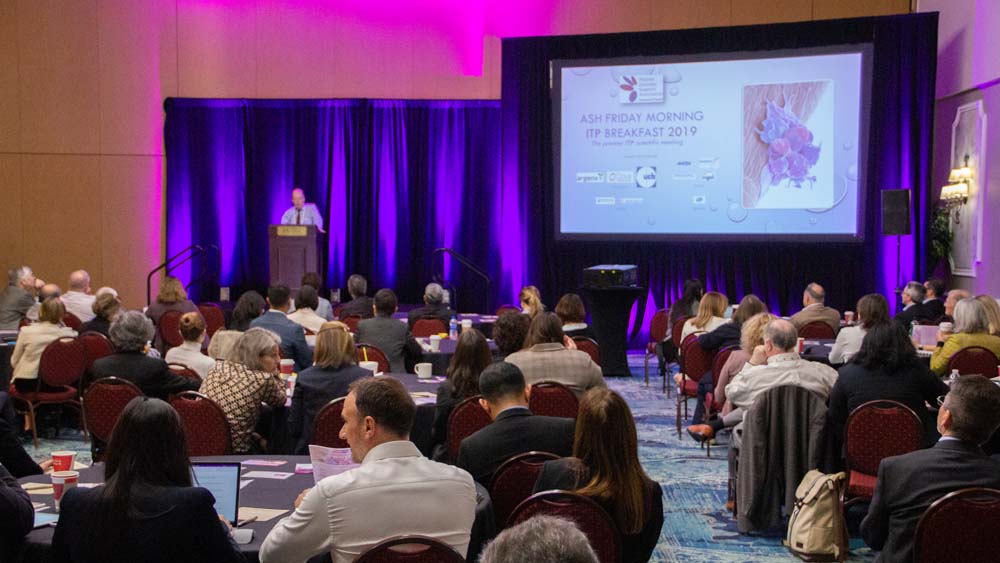 This year’s 2019 ASH meeting, held December 7-10 in Orlando (Florida), attracted over 30,000 clinicians, scientists, pharmaceutical company personnel and even investment analysts worldwide to share ground-breaking research in the field of hematology. The conference included the annual ITP breakfast meeting, coordinated by PDSA and four of PDSA’s Medical Advisors, Dr. James Bussel, Dr. Nichola Cooper, Dr. Michele Lambert and Dr. John Semple. Thirteen hematology experts were invited to present their leading-edge ITP research. In this e-news issue, we report on experimental therapies for ITP for which updates on or new clinical trials were presented. 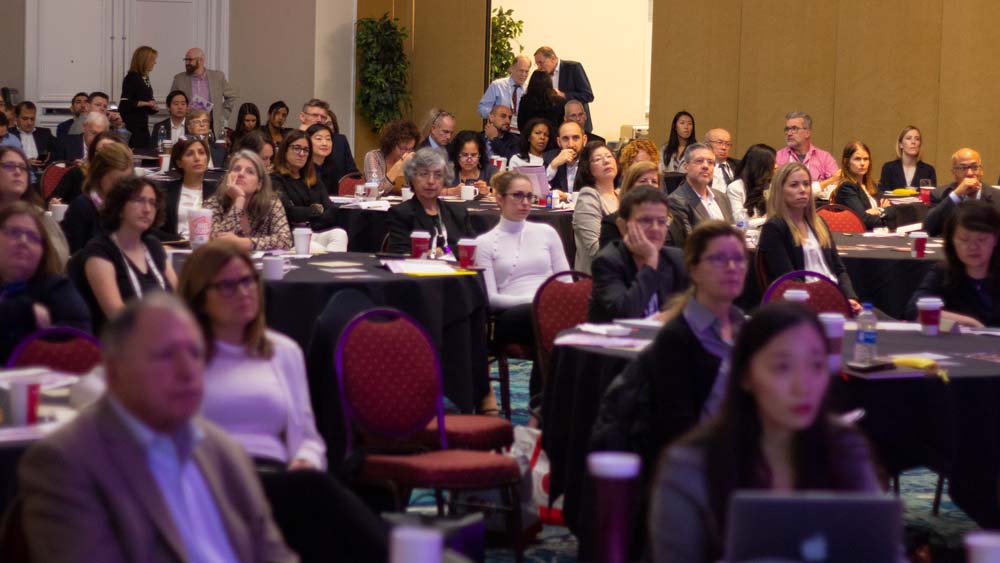 Eltrombopag (ELT) has been used as a therapy for ITP to stimulate platelet production for a while now. However, it may have additional effects on the immune system and on cell biology that may explain why some people with ITP respond better than others and why it works in some patients with bone marrow failure disorders. This preliminary study investigated whether ELT has an immunomodulary effect on the development and function of T-cell lines. This notion is based on previous observations that revealed ELT is a strong iron chelator. Cells were cultured in either ELT, romiplostim, deferoxamine (an iron chelator in clinical use which was used as a positive control), or human TPO (which was used as a positive control for TPO-RAs) and included Jurkat cells (used to assess T-cells) and DG-75 cells (used to assess B-cells), neither of which express TPO-receptors. Thus, any effect of ELT must be due to effects that do not require the TPO-receptor, it’s presumed site of action on megakaryocytes in ITP.

The results of the study revealed that Elt and deferoxamine (the iron chelators) decreased proliferation of Jurkat T cells (but not in DG75 B cells) but Romiplostim and the human TPO did not. Elt and deferoxamine also reduced the function of the T-cell lines whereas romiplostim did not. Elt also reduced the frequency of effector CD8 T-cells (killer T-cells) to a greater extent than romiplostim, confirming Elt may have regulatory effects on the immune system not mediated through TPO receptors.

This study suggests that in addition to directly stimulating platelet production by binding to TPO-receptors, ELT, unlike Romiplostim, may have an effect on T cells in ITP patients. The long-term implications for safety and efficacy of these findings for patients with ITP remains to be determined. 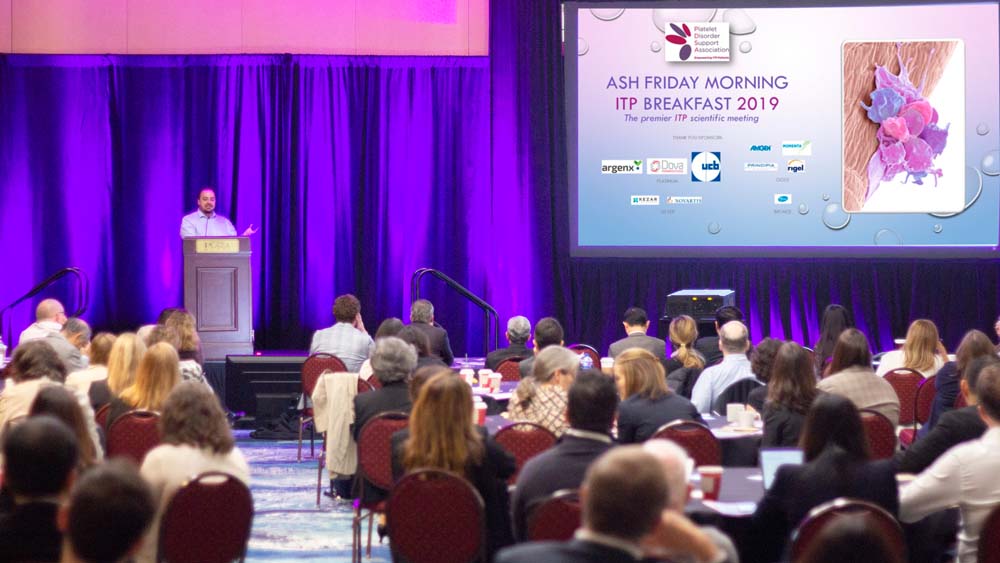 Bruton Tyrosine Kinase (BTK) inhibitors target an enzyme abbreviated as Syk that is involved in the function of B-cells, T-cells, macrophages and other cells in the immune system. Inhibitors of BTK have been used with great success to treat B-cell leukemias and other malignancies for many years. However, some patients treated with one such inhibitor (Ibrutinub) experienced bleeding complications because these some of these inhibitors can also affect other enzymes involved in platelet function. PRN1008, an oral, reversible, covalent Bruton Tyrosine Kinase (BTK) inhibitor, has shown greater specificity for its intended target and no effect on platelet aggregation was seen. Like other BTK inhibitors, PRN1008 can impair production IgG antibodies and therefore might have efficacy in ITP.

In this pilot study of patients with previously treated ITP given PRN1008, the primary end point was defined as the proportion of patients with more than two consecutive platelet counts (separated by more than 5 days) over 50 X 109/L and increased by over 20 X 109/L above baseline. One-third of participating patients met the studies’ primary end point, and over 50% met the primary end point after receiving treatment for over 12 weeks. Patients who received higher doses of PRN1008 maintained a higher platelet count for longer periods of time. No drug-related bleeding events were reported. No drug toxicities at any dose of PRN1008 administered were seen. Only a few mild side effects were reported such as nausea, diarrhea, and abdominal distention.

The long-term safety and efficacy of this new approach to suppress antibody production patients with ITP remains to be determined.