Increased Monitoring Should Be Utilized When Receiving Immune Checkpoint Inhibitors

This recent study explored the lack of information on potential risk factors of immune checkpoint inhibitors used as immunomodulators. Immune checkpoint inhibitors are currently used to stimulate an increased immune response against hematological and solid cancers by blocking inhibitory activation checkpoints for T-cells. Although this treatment has improved outcomes for many patients with cancer, it has been reported that many patients have developed ITP and/or hemolytic anemia as a result of the drug’s effect on the body. This outcome suggests that these immune checkpoints may play a significant role in the development of certain hematologic disorders, such as ITP. More research is needed to determine why certain patients are at higher risk of developing ITP in response to these immunomodulators, as well as relating the mechanism of inhibiting T-cell activation checkpoints to the underlying pathophysiology and development of ITP. 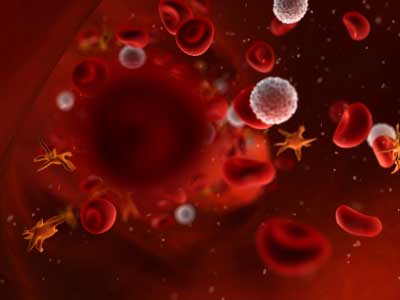 Posttransfusion Purpura with Antibodies Against Human Platelet Antigen-4a following Checkpoint Inhibitor Therapy: a Case Report and Review of the Literature

Severely low platelets can result from immune system incompatibilities following blood transfusions; this form of thrombocytopenia is called post-transfusion purpura, or PTP. This case study reports on a woman initially diagnosed with rectal melanoma who was treated with checkpoint inhibitor therapy, and then received transfused red blood cells, plasma, and platelets during surgery to remove the cancer. Five days after surgery, her platelet count dropped and she received IVIG, dexamethasone, and romiplostim in a successful attempt to alleviate the thrombocytopenia. She was later found to have antibodies in her blood against antigens found on platelets, meaning that her PTP was immune mediated and perhaps was impacted by the use of checkpoint inhibitor therapy. The article notes that in both the case of PTP and ITP caused by checkpoint inhibitor therapy, there is a strong reaction by the immune system’s B-cells against our own cells, mediated by impaired T-regulatory cells. This could suggest a potential pathophysiological cause of low platelet counts.

As most readers know, ITP is an autoimmune disease in which the immune system leads to an attack on an individual’s own platelets. There are a number of mechanisms in place that help prevent this from occurring normally, including molecules called checkpoint inhibitors; in most ITP patients as far as we know, these mechanisms are intact.

On another front, one problem in the treatment of cancer is the inability of the same immune system to recognize and attack the tumor as “foreign”. The Novel prize in Medicine in 2018 was awarded to the scientist who pioneered the approach of disabling some of these normal checkpoint controls, such as CTLA-4 and PD1, to enhance the immune systems’ attack on cancer cells.

This approach has met with notable success in the treatment of certain cancers. However, inhibition of CTLA-4 and PD1 also has had the unwanted effect of reducing controls over the autoimmune response in some patients. The most common autoimmune diseases resulting from these treatments involve the lungs and the GI tract. However, several recent articles, including the two cited here, suggest that these treatments can also predispose patients to develop a form of immune thrombocytopenia, similar to ITP.

One study reports the occurrence of more than 150 cases of ITP or the analogous disease involving red blood cells, autoimmune hemolytic anemia, during cancer treatment with one or a combination of these checkpoint inhibitors. Fortunately, patients treated for cancer have their blood counts monitored frequently leading to early recognition, most (but not all) cases are not severe, traditional ITP treatments are effective, and the disorders are self-limiting with cessation of checkpoint therapy (albeit with the inability to continue using an often effective drug for the underlying cancer).

The other report describes a case report of another (very rare) form of autoimmune thrombocytopenia, called Post Transfusion Purpura (PTP) that developed in a patient being treated with a checkpoint inhibitor. PTP typically occurs in older females who have had multiple pregnancies or prior transfusions. For unclear reasons the affected patients make antibodies to a target on platelets that is not on their own platelets. For reasons that are unclear, this new set of antibodies also bind to their own platelets leading to the sudden onset of severe thrombocytopenia and bleeding 1-2 weeks later. PTP usually responds rapidly to IVIG, although not in the reported case. Typically, PTP is self-limiting unless there is re-exposure to the same platelet antigens.