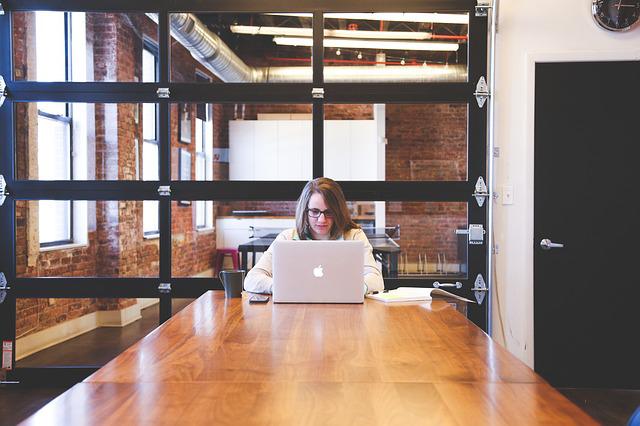 This research project based out of the United Kingdom collected data from hundreds of women with bleeding disorders, specifically hemophilia, immune thrombocytopenia (ITP), and von Willebrand disease (VWD) to assess the impact of living with a rare blood disease, and how health-related quality of life is impacted. Hemophilia is a hereditary bleeding disorder due to a deficiency in Factor VIII, an important protein in the clotting cascade. ITP is an autoimmune bleeding disorder that causes a low platelet count. VWD is a hereditary clotting disorder due to a deficiency in von Willebrand factor, another protein in the clotting cascade.

Despite advances in the field of hematology, reports of delayed diagnoses, impaired quality of life, impacts on patients’ families, and medical mismanagement were reported by many women with bleeding disorders. The goal of the study was to illuminate the ‘lived experiences’ of women with bleeding disorders to identify gaps in care, whether patient needs are different among the disease groups, and how needs can be better met within the health care setting. Between June-August 2020, women with bleeding disorders were recruited to complete an initial online survey promoted through social media accounts and patient organizations (including the Immune Thrombocytopenia Support Association in the UK). Inclusion included “carriers” of hemophilia, i.e., women who may be affected and/or could pass on the genes for hemophilia to their (primarily male) children. Overall, there were 280 women who completed the survey (58 with ITP). 12 participants were part of a focus group (3 with ITP including one woman who reported she was in remission at the time) who agreed to be interviewed about their experience living with their rare blood disorder.

Results specifically identified that women with ITP (WITP) reported more gum/oral bleeding, bruises, and excessive bleeding after surgery and childbirth compared to the other participants. WITP were also more likely than women with other types of bleeding disorders to be under the direct care of a hematologist. Several common themes were identified among all participants in focus groups, including difficulty obtaining a correct diagnosis and a perceived lack of awareness and competence among health care professionals, including a lack of psychological support, information, compassion, and empathy. Women with bleeding disorders felt they were not taken seriously by providers. In fact, some women felt their providers were completely disinterested in the symptoms they reported. Participants reported feeling frustrated, overwhelmed, even afraid, especially at the time they received their diagnosis. They also reported challenges coping with issues that men with bleeding disorders don’t have to contend with – heavy periods, planning a pregnancy, childbirth. Participants who were diagnosed as children reported regret and missed opportunities that affected their lives long-term, such as the decision whether to pursue university educations and various career paths. Poor communication and lack of information were frequently discussed within the focus groups. One WITP patient reported, “Nobody ever talks to me and nobody ever sat down and had an informed conversation with me.”

Overall, the study identified areas for patient care improvement, specifically in terms of increased awareness of bleeding and fatigue among health care providers and more enhanced patient-friendly communication. The authors of the study reviewed how previous studies, even those completed over a decade ago, reported similar results, suggesting not much has changed in terms of how women and girls with bleeding disorders perceive the care they have received.

This is an interesting and complicated study. Some findings are common to women with all 3 types of bleeding disorders, including sometimes poor interactions with physicians, often poor comprehension of their disease, and delay in diagnosis.

It is important to realize that this study consisted primarily of hemophilia carriers who have variable levels of FVIII. Those levels that are the lowest are associated with more bleeding. As stated in the article, these patients are often mishandled because of the misconception that they have a purely numerical abnormality without any clinically significant problems.

Were these also true in the 58 patients with ITP? Based on other studies such as i-WISh, probably so, except possibly the poor comprehension of disease. ITP patients who have bleeding or bruising at slightly higher than expected platelet counts can probably empathize with physicians’ misperceptions of their disease and bleeding. A recent study assessed menstrual bleeding in a very small set of 23 patients with ITP and found general similarities of this problem being underappreciated. It would not be surprising to learn that heavy menses occurs more than is generally considered, that it can be accompanied by iron deficiency, and that there are a number of options, including hormonal management (available in many forms) and antifibrinolytic agents like tranexamic acid. Most ITP patients can be effectively managed with one or more of these approaches and usually do not require treatment directed at increasing the platelet count. The bottom line is that, at least in ITP, this area deserves more awareness by hematologists and discussion in even routine visits. While certainly additional studies could be performed, it seems like greater physician awareness would go a long way in helping patients to have better qualities of life. This includes differences in physician (the numbers) compared to patient (how I feel) objectives which often means that doctors focus on only some of the areas that concern patients. Clearly, a part of this is that patients have to make physicians more aware of their unmet needs. 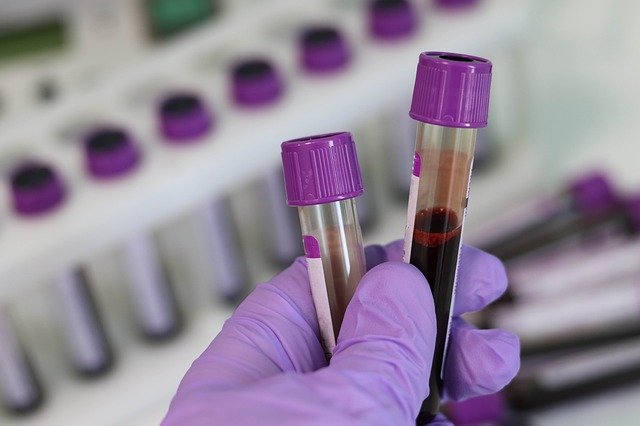 The STOPAGO study examined long-term remission in responding adults with primary persistent or chronic ITP after discontinuation of treatment with a TPO-RA. An overall response was defined as a platelet count over 30,000/µ, after at least three months of TPO-RA use. A complete response was defined as a platelet count of at least 100,000/µL for more than 2 months while on a TPO-RA treatment. ITP patients were not included if they reported having recent exposure to potentially curative therapies such as rituximab and/or splenectomy, were on anticoagulation or anti-platelet therapy, experienced TPO-RA failure in past (or discontinued treatment in past) or required steroids and/or IVIG. Overall, 49 participants were enrolled in the study (30 of whom were female; 61%). Most (96%) had chronic ITP (>12 months since diagnosis). TPO-RAs were weaned according to a standard protocol by week 10 of use. The primary goals were to determine how many participants maintained a complete response (or response at all) at week 24. Secondary goals included looking at the overall response rate after one year, determining the number of bleeding events, and identifying predictors for a prolonged response.

Results were as follows: most participants (82%) received eltrombopag (Promacta/Revolade). Over half of all study participants (56%) achieved a lasting overall response post-treatment; 55% of those individuals experienced a complete response at week 24. At the one-year mark, 52% maintained a platelet response, albeit not necessarily a “complete” response. While bleeding events were reported in 61% of the study patients, there were no reports of severe bleeding. Among participants who experienced a relapse in their platelet counts once the TPO-RA was stopped, the relapse usually occurred around 8 weeks. Twenty-one participants relapsed before the 24-week mark, of whom 13 were re-started on the same TPO-RA again and were able to achieve a complete response around 2 weeks later. Age, ITP duration, TPO-RA duration before discontinuation, type of TPO-RA, and platelet count were not reliable markers for predicting who would have a sustained response post TPO-RA use.

Overall, the study demonstrated an expected high number of participants were able to maintain a complete response following the discontinuation of a TPO-RA after three months of use, and no severe bleeding events were reported.

From one viewpoint, this is a landmark study. It is the first to report a better than 50% success rate after discontinuing TPO agents in patients with ITP. Success here means that not only that the platelet response was maintained after discontinuing a TPO agent, but that no other therapy was required.

What was different about this study that likely contributed to the success?

The study was performed in France. The target platelet count prior to discontinuation was over 100,000 for at least 2-3 months; most previous studies used 50,000. Almost all patients had been on TPO for at least one year.

There are several potential reasons that may have contributed to a higher rate of maintaining response after stopping treatment than has been reported by others. First, the rate of tapering the TPO agent was somewhat slower than used in other studies: waiting 2-3 months at great counts after 1 year of use. Second, the goal of treatment (platelet count >100,000/µL) was higher than generally recommended (platelet count 50-100,000/µL) and this was continued for at least 2 months. Third, most patients had been on TPO for a year or more, thereby focusing the study on a stable and responsive subpopulation. Fourth, the one-year duration of treatment before was longer than in most previous studies of discontinuation after 3-6 months could imply either a long-term impact on the disease or merely revealing the natural history of ITP in this stable population. Lastly, in most clinical trials of efficacy and safety, there are none designed specifically to investigate tapering and discontinuation, the great majority of the small number of patients who could discontinue TPO were able to maintain adequate counts without requiring reinstitution of TPO or any other ITP treatment. Typically, these are patients who achieve very high counts, for instance above 100,000 or even 150,000 which triggers the management guidelines to reduce their dose. When they can’t go lower on their dose, they discontinue.

It is important to put this study into a wider context. Not all ITP patients on TPO agents attain platelet counts > 100,000/µL nor is this necessary. The provocative question raised, but not answered, by the study is whether raising the platelet goal and maintaining treatment to keep platelets at these levels makes a difference in long-term outcome that exceeds concerns relating to thrombosis.

In summary, this is a very valuable study by describing a new approach to treatment with TPO agents. It will be important to isolate the patient-related and drug-related factors that increase the likelihood of response off treatment. Controlled studies are also needed to determine the net benefit of treating patients following FDA-approved guidelines vs. the more intense and protracted therapy used in this study.