Refractory Immune Thrombocytopenia in Adults: Therapeutic Strategies Inside and Out of the COVID-19 Pandemic 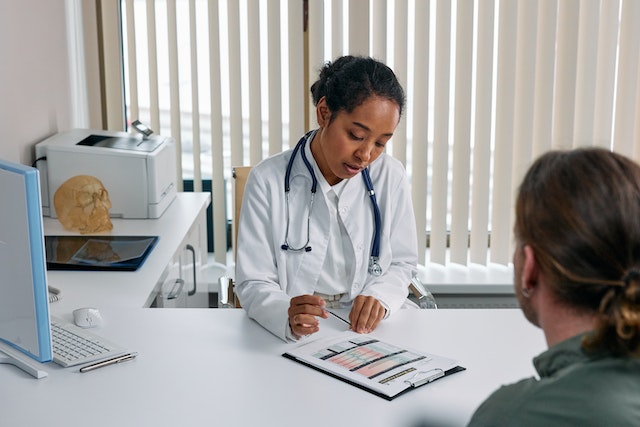 Refractory immune thrombocytopenia (ITP) is a clinical term applied to roughly 10% of individuals with chronic ITP who fail to mount a consistent response to ITP therapy. The diagnosis of refractory ITP is made based on excluding other possible causes of atypical ITP, and rests largely on the expertise of clinicians. Within this review article, the authors discuss typical processes for excluding other causes of ITP, when to consider genetic testing, challenges associated with treating refractory ITP, current treatment options for refractory patients, and new therapeutic strategies for managing refractory ITP, including the use of combination therapies targeting multiple pathways implicated in the disorder.

Often, targeting the true mechanism for a patient’s reduced platelet count can be difficult when there are multiple physiological mechanisms causing ITP. This review recommends a combination of different therapies to create a synergistic effect to improve the chances of response. The authors highlighted that the most effective combined therapies include TPO-RA (Eltrombopag, Romiplostim, and Doptelet) use with immunosuppressive agents such as Mycophenolate Mofetil (MMF) and IVIG. The efficacy and availability of avatrombopag (Doptelet) and fostamatinib (Tavalisse) for adults with chronic refractory ITP is reviewed in this article, in addition to novel therapies that will further give refractory ITP patients additional options, including Rilzabrutinib (a BTK inhibitor), Mezagitamab (TAK-079; a monoclonal antibody), and Efgartigimod (a neonatal Fc receptor antagonist). These new therapies in addition to combination treatment strategies are showing promising results in reducing the higher mortality risk associated with an ITP patient being refractory to conventional treatments.

Specific strategies for treatment during the COVID-19 pandemic included the need for refractory ITP patients to avoid therapies that result in prolonged immunosuppression, such as rituximab. It was suggested that treatment with TPO-RAs or fostamatinib are good alternatives if they are available to a refractory ITP adult patient. Refractory ITP patients who contract the COVID-19 virus and require treatment for their ITP should use a shorter and lower dose of steroids, and IVIG use if preferred over immune suppression with steroids. Risk of using TPO-RA should be weighed against risk of developing a blood clot associated with COVID-19. Lastly, this review strongly recommends all ITP patients consider full vaccination.

It is important for people reading this article to realize two things. First, there is no single answer that covers everything in this area: there is not one way to approach difficult patients. Second, there is not a uniform definition of refractory ITP, and this article covers several different definitions of refractory ITP. They all require failing most or all treatments. The definition in this article refers to not having a response to current available agents which depends on which treatments are approved in which countries. Thus, the definition, as with everything in ITP, should focus on individualization. There isn’t a test that says, “yes this is ITP’ and thus ITP remains a diagnosis of exclusion. When one asks “is there a way to say that it is ITP, other than by excluding other possibilities, the only consistent way to say “yes. This is ITP” is response to ITP therapies i.e., IVIG brings the platelets up. If refractory includes not responding to ITP therapies, there is no way you can confirm the existence of refractory ITP.

The article discussed many possible causes of thrombocytopenia. They especially considered von Willebrand IIB, a rare form of inherited thrombocytopenia. Other disease areas include bone marrow failure syndromes, infections, diseases associated with substantial splenic enlargement as well as “secondary ITPs” which also include many causes such as immune deficiency. With all these possibilities, it is impossible to do the testing required to exclude every possibility in any patient.

As pointed out in this article, the work up often involves genomic studies. Unfortunately, there are many ways that this is not as simple and not as productive as people might think. Explaining why is complicated and well beyond the scope of this article but while a cause may be uncovered it also may not.

Patients should not get too discouraged with the introduction in this review. It suggests that ITP can have a very bad outcome. It suggests that management of refractory ITP is a very difficult task. BUT this is a problem only in the worst of the worst patients and, depending on your definition of “refractory”, would be only 1-5% of adults diagnosed with ITP. Experienced inquisitive clinicians have a reasonable chance of identifying something that is driving the thrombocytopenia whether ITP or another cause. If the underlying cause can be identified, that usually identifies a treatment that would be effective. Too often a patient is assumed to have truly refractory ITP and treatment is pursued by trying one treatment after another after another. Sometimes a given treatment works but often nothing works, and side effects may occur.

If an extensive workup is performed and no specific indication or cause for what is driving thrombocytopenia exists and many single agents have been unsuccessfully tried, there is a discussion in the article at the end about how this can be managed with combination therapies. It is not clear at this time whether several agents, by virtue of having unique mechanisms of effect, will be able to treat some of the patients who are otherwise untreatable.

The more complicated a case of “ITP” is, the more expertise is required in the patient’s care. Very few hematologists have a sufficient degree of expertise to take care of someone like this and little is known about exactly what to look for. Finally, some patients who are “refractory” repeatedly are placed on high dose steroids for long periods of time; this is a great mistake because the patients will accrue very limited benefits and accumulate side effects.

Two supplemental points. COVID and COVID vaccine ITP is covered briefly in the article. This is not usually a cause of refractory ITP. Second both articles mistakenly omit cyclic thrombocytopenia (CTP) that can mimic responses to treatment.

Immune thrombocytopenia (ITP) is a heterogenous condition in which responses to the disease vary among affected individuals, including treatment response. The authors of this retrospective multicenter (four participating US hospitals) study conducted the largest evaluation to explore the response to avatrombopag among those who switched for any reason to the drug after using a different TPO-RA in the past, particularly eltrombopag and/or romiplostim. Data was collected from participants medical records between July (2019) and December (2020).

Included in this study were 44 adults over the age of 18 years who had chronic primary or secondary ITP. There were 25 (57%) participants who had primary ITP. Most reported they had chronic ITP for 8.3 years, and on average participants had already been treated previously with four different ITP treatments. Excluded were participants who required acute rescue therapy within a set period depending on the treatment. This was to ensure platelet count responses collected were attributed to avatrombopag. Platelet counts from participants using concomitant medications (other ITP treatments), such as corticosteroids, alongside a TPO-RA were evaluated prior to switching to avatrombopag, and while using avatrombopag.

This article strongly affirms the efficacy of avatrombopag.

By way of background, three thrombopoietic agents are approved for use in the U.S. for the treatment of ITP: romiplostim or Nplate, eltrombopag or Promacta (or revolade), and avatrombopag or Doptelet. Nplate and Promacta were each licensed in the second half of 2008, while avatrombopag was licensed in the summer of 2019. Nplate is given by a shot under the skin once a week. Eltrombopag and avatrombopag are given by taking a pill once a day. Eltrombopag MUST be given on an empty stomach for the drug to be fully effective: at least 1 hour after any food ingestion and 2 hours before any food is eaten. This is a categorical imperative and not a suggestion like the usual “take it on an empty stomach”. Most people take eltrombopag at bedtime after not eating after dinner. Avatrombopag can be taken any time. Indeed, taking avatrombopag with meals may foster uniform absorption. Initially hematologists thought that if a patient responded to one TPO agent, he/she would respond to the other. Conversely, it was thought that failure to respond to one agent meant that someone would not respond to the other. This was followed by an increasing number of anecdotal reports of patients not responding to one agent but responding to the other, prompting this assumption be reconsidered. Then two studies were conducted, one in Italy and one in Spain. Each study demonstrated that many patients, despite not responding to one TPO agent, did in fact respond to the other agent. This was attributed, without evidence, to the difference in binding sites of the two TPO agnets on the TPO receptor. Avatrombopag, the third approved TPO agent, binds to the TPO receptor at the same site as eltrombopag. However, it does not bind calcium (and iron) the way that eltrombopag does, suggesting potential differences in the need for dietary adjustment.

What does this mean? First, if a hematologist recommends treatment with a TPO agent and it does not work (assuming that the dose and administration are correct), it is perfectly reasonable to consider trying a different TPO agent rather than concluding “TPO agents won’t work in this patient”. Avatrombopag is a perfectly reasonable choice as the first TPO agent to choose, although it was the newest to be approved. We do not yet have data about the effectiveness of switch to another TPO agent in patients who did not respond to avatrombopag.