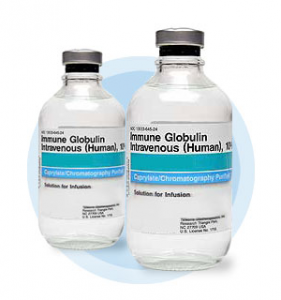 PDSA Medical Advisor Donald Arnold, MD, and his team at McMaster University in Hamilton Ontario Canada developed a management strategy to treat VITT which includes using both high-dose intravenous immune globulin (IVIG) in combination with anticoagulation treatment. Currently, high-dose IVIG is not considered when treating thrombosis (blood clots) in most settings because its use can increase the risk for clotting events to occur. However, in VITT/TTS IVIG treatment works by inhibiting the activation of platelet Fc-gamma IIA receptors by VITT antibodies, which thereby reduces platelet activation. In this study, the therapeutic response to this novel treatment is described in case reports of three patients with confirmed VITT following receipt of the COVID-19 AstraZeneca vaccine. All three patients were between the ages of 63-72 years of age because at the time this study was performed the AstraZeneca vaccine was only available in Canada to individuals over the age of 55 years. Two of the three patients presented with limb-artery blood clots, unlike the first-reported patients with VITT who presented with blood clots at unusual sites such as cerebral (brain)venous sinus blood clots and splanchnic vein (abdomen) blood clots. The authors assumed arterial blood clotting events might be more likely to occur in older individuals with VITT, perhaps because of underling vascular disease. In addition, this study also highlights how a laboratory test to detect heparin-induced thrombocytopenia (HIT) using a ‘serotonin-release assay’ test can be adapted for the detection of VITT antibodies.

It is important for patients and treating physicians to appreciate that the thrombotic manifestations of VITT/TTS are not confined to cerebral venous sinus thrombosis and splanchnic-vein thrombosis. More and more patients are being reported with “typical” deep venous blood clots, pulmonary emboli (blood clot that traveled into the lungs), myocardial infarction (heart attack), stroke and with involvement of multiple vessels. The PF4-modified SRA (‘serotonin-release assay’) test is available in only a few referral centers so diagnosis must be made on the basis of clinical presentation which can include blood clots, thrombocytopenia, high D-dimers/low fibrinogen and a positive HIT ELISA (test). Rapid HIT tests often lead to inaccurate results and should not be used. Cases are now being diagnosed as VITT that do not have all of these classic features, but may have mild thrombocytopenia, moderately positive ELISA test, normal fibrinogen, and more time post-vaccination before the onset of symptoms. It is important to consider VITT when any of these features develop post vaccination in which case initial therapy with IVIG and a non-heparin anticoagulant is prudent until the situation has been clarified. It should also be kept in mind that new cases of ITP or exacerbations of pre-existing ITP have been reported in some patients after both mRNA-based vaccines and adenoviral-based vaccines. These patients do not have VITT and are generally responsive to traditional ITP-based therapeutics.

Early administration of IVIG ’blocks’ the thrombotic component of VITT but in so doing, increases the platelet count allowing anticoagulation. Fortunately, most cases of VITT do not have platelet counts that are so low that anticoagulation cannot readily be initiated and thus IVIG is not absolutely required, albeit very effective, in all cases. 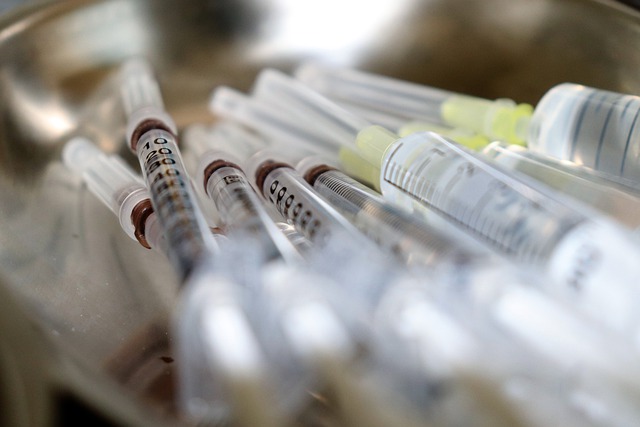 New data is emerging that suggests immune compromised individuals may not receive the same benefit from COVID-19 vaccines. In this recent study, researchers assessed the amount of antibodies present following receipt of a COVID-19 (mRNA) vaccine in solid organ transplant recipients. Overall, 436 participants in the study were recruited from across the United States. The average age of the participants was 56 years. Most participants were female (61%) and Caucasian (89%). Fifty-two percent received the Pfizer vaccine, and 48% received the Moderna vaccine. Tacrolimus (83%), steroids (54%), mycophenolate (MMF; 66%), and azathioprine (Imuran) (9%) were among the most common therapies used for immune suppression in these participants. By 20 days following receipt of a first-dose of an mRNA vaccine, sufficient antibody titers were only detected in 17% of these individuals (76 of the 436). Participants were more likely to have reduced antibodies if they were taking an ‘anti-metabolite’ drug such as MMF or Imuran, vs receiving a corticosteroid for immune suppression therapy. It appeared that antibody titers were lower in recipients of the Pfizer vaccine compared to those who received the Moderna vaccine (31% vs 69%) Younger participants were more likely to develop antibodies than elderly recipients. More studies are needed to identify individuals with other immune disorders who remain at risk for COVID-19 despite vaccination.

It is being increasingly recognized that there are individuals who are less likely to generate high amounts of neutralizing antibody after vaccination against SARS-CoV2 based on genetic predisposition, underlying disease or immunosuppression. The problem is most prevalent in those with B cell depletion or functional defects (chronic lymphocytic leukemia, multiple myeloma, treatment with anti-CD40 agents, post-solid organ transplant, and congenital B cell defects), but other drugs and situations are being identified. In the article above, it is important to recognize that tacrolimus, used in 83% of the patients often in combination with other immunosuppressive agents, provides very strong immunosuppression of the type required to allow solid organ (heart and liver) transplantation. This is far beyond the level of immunosuppression that is seen in any ITP patient.

Further complicating any assessment is that there is no agreed upon standard for an acceptable level of neutralizing antibodies to establish who is no longer “at risk” because they are ‘immune’. Furthermore, levels are not measured as a matter of routine. In addition, certain preparations of IVIG now have antibodies to the COVID spike protein in it. If someone has received IVIG with these antibodies in it, the measured antibodies may mislead them into thinking they are immune to COVID-19 whereas their immunity would be temporary lasting only until the IVIG-derived antibodies disappear.

Few studies include measures of T-cell immunity which may also be important in viral control and disease mitigation; it is also unclear if T cell immunity alone is enough. To date, few individuals have received booster shots or alternative sources to the vaccines. It is to be hoped that future studies will reveal new ways to ensure a protective response in more immunosuppressed individuals.