In this issue of the e-News, we report on ongoing research about ITP and the COVID-19 virus and vaccine(s) being conducted by global experts in ITP, including several of PDSA’s Medical Advisors. 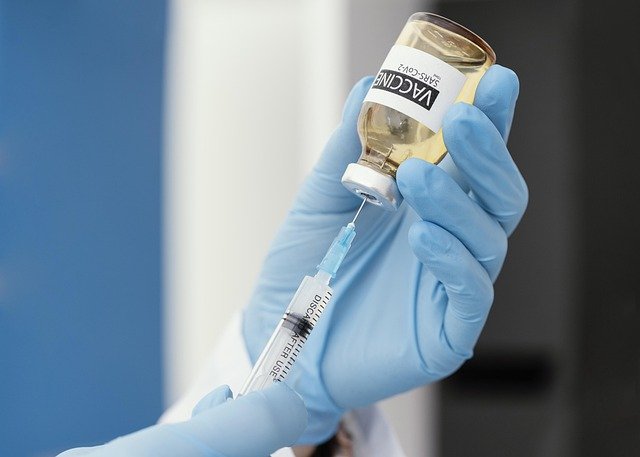 PDSA’s medical advisors, Douglas Cines, MD, and James Bussel, MD, compiled a medical commentary describing a rare and very unusual complication directly linked to the AstraZeneca (ChAdOx1 nCoV-19) vaccine and now the Johnson and Johnson vaccine. The commentary published on April 16th described this complication which has been termed ‘SARS-CoV2 (COVID-19) Vaccine-Induced Immune Thrombotic Thrombocytopenia’ (or VITT syndrome). Three articles on VITT have appeared in the New England Journal in mid-April describing cases from Germany, Norway, and England which are summarized in the commentary. This syndrome includes the rare combination of both thrombosis (clotting) and thrombocytopenia (low platelets) with possible bleeding. The thrombocytopenia is readily evident from routine blood counts. The clotting causes major symptoms such as severe headaches when there is clotting in the large veins in the brain and/or marked abdominal pain when there is clotting in the blood vessels around the liver.

VITT-syndrome is thought to be caused by a platelet-activating antibody that is very different from the antibodies that cause ITP. This antibody targets a molecule released by platelets called PF4. The combination of the antibody and PF4 activates platelets via a special platelet receptor for antibodies. This activation leads to the development of atypical clots and low platelet counts 5-24 days post-vaccination in a very small number of individuals who have received the vaccine. The incidence of VITT is estimated to be approximately (at most) 1 in 100,000 vaccine recipients and appears to be more prevalent among younger women of child-bearing age. More information is needed to determine if there are specific risk factors for VITT.

The syndrome was identified because of two features, in addition to its occurrence 1-3 weeks after COVID vaccination. (1) The clots occurring in patients with VITT occur in very unusual places including the cerebral venous sinus cavity (CSVT, large veins in the brain) and in the abdomen within the portal, spleen, and liver veins (the veins around the liver). (2) The platelet count at the time of occurrence of VITT has ranged from 10-110,000/usually at the lower end of this range. The unusual places for clotting in combination with thrombocytopenia lead to identification of this syndrome. It may be that the syndrome occurs more widely than is currently recognized so the index of suspicion needs to be high in the setting of any post COVID vaccine thrombotic event.

The mechanism for how VITT arises is not yet known, however the diagnosis of the condition, once suspected involves using a specialized test initially developed for heparin induced thrombocytopenia called the PF4 ELISA. Once the diagnosis of VITT is supported by this test (and even before the results are available if VITT is suspected on clinical grounds), treatment should be administered immediately. Preliminary recommendations currently include IVIG and a non-heparin anticoagulant for the clots. Anticoagulation can be difficult if there is bleeding in the setting of severe thrombocytopenia; it appears that IVIG will often increase the platelet count quickly which may facilitate initiation of anticoagulation. Early intervention is presumed to reduce the high mortality rate.

Overall, risks for VITT are not thought to be nearly as high as the risk to develop serious complications from COVID-19. Therefore when offered, vaccination should be pursued. While so far cases of VITT have occurred after the Johnson and Johnson and AstraZeneca vaccines have been administered, this syndrome may occur after other vaccines are administered as well. Additional information is currently under investigation as this syndrome has been recognized very recently and clinical information about it may be incomplete.

It is very important to realize that VITT should not be confused with ITP despite the antibodies causing thrombocytopenia in both syndromes and the possibility that each can occur in the weeks after vaccination. In ITP the “only” problem is the platelets being low and bleeding if there is any. Even if there is fatigue the patient with ITP usually does not seem very sick. In contrast, a patient with VITT will have marked pain from the thrombosis and often low platelets which may seem incidental since there is usually minimal to no bruising and bleeding. Furthermore, the patient will be quite ill and, if sick, may worsen rapidly without intervention. In summary, VITT is not ITP. 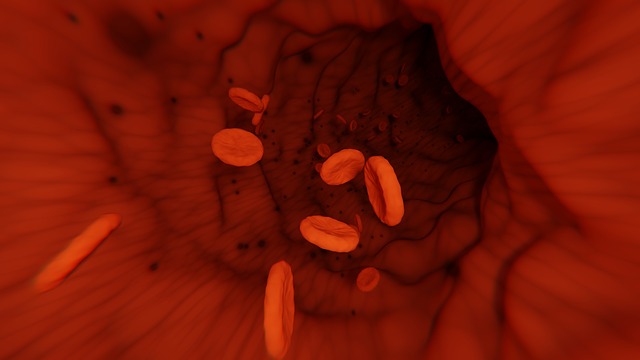 This review was put together by global experts in ITP, including several PDSA medical advisors. In this study, a series of cases were examined where thrombocytopenia developed in a small number of adults soon after receiving either the Pfizer or Moderna COVID-19 vaccine. Cases were collected from the Centers for Disease Control and Prevention (CDC), the Food and Drug Administration (FDA), the U.S Department of Health and Human Services (HHS), and the Vaccine Adverse Events Reporting System (VAERS) published reports. Twenty ITP cases were identified and included in this review.

Among the 20 cases, 11 were women, and the median age was 41 years. Nine received the Pfizer vaccine, 11 received the Moderna vaccine. Overall, 17 did not have ITP or thrombocytopenia prior to receiving the vaccine, and 14 reported bleeding symptoms primarily including petechia, bruising, and mucosal bleeding (particularly gum bleeding, heavy menstruation, and nosebleeds) approximately 1-23 days after receiving the first dose of the vaccine.

Several possible underlying mechanisms for how thrombocytopenia could have developed in these 20 individuals were reviewed including: a) consequences from exposure to elements within the vaccine b) the possibility of pre-formed antibodies that would bind to platelets because of attachment of vaccine particles to the surface of platelets, c) having mild pre-existing thrombocytopenia that may have been undetected or the presence of a hereditary thrombocytopenia causing enhanced platelet clearance, and d) an impaired ability to produce platelets due to a systemic inflammatory response to the vaccine. These possibilities, especially pre-formed antibodies, could explain why some individuals experienced a quick drop in their platelet counts only one tothree days post-vaccine. Lastly, e) the possibility that ITP developed unrelated to the vaccine coincidently within a few weeks from receiving a dose of the vaccine was reviewed. This would mean that since there are so many people being vaccinated, it would not be unlikely that a number of cases of ITP would develop shortly after vaccination and thus appear to be caused by vaccination when in reality it was totally coincidental.

Overall, the authors concluded that at this time, it isn’t possible to determine if these 20 cases developed ITP coincidently after receiving the vaccine, or whether there ITP was secondary as a direct result of the vaccine. The authors recommend a platelet count check if there is unusual bruising or bleeding symptoms following the vaccine, and suggest reporting any unlikely adverse reactions to VAERS and to PDSA. The authors recommend everyone should receive the vaccine indicating the risk for developing thrombocytopenia is very low, while the risk to develop serious complications including death from COVID-19 is much more significant.

A number of vaccines have been associated with exacerbations of thrombocytopenia in patients with ITP. The impact is transient, and occurrences can be managed successfully with the same approaches used in ITP generally. Vaccines as a direct cause of thrombocytopenia is far less common but there are examples, such as after MMR vaccination in children. Again, most cases are transient and the relationship between the vaccination and more persistent ITP is speculative. In this context, it should not be surprising that some patients with previously asymptomatic ITP experience bruising after mRNA-based vaccination against SARS/CoV2 (COVID-19), or that the first evidence of what might or might not be a new case of ITP is coincident with vaccination. The important take home messages are:

In ongoing studies, we will assess the response of our ITP patients to the various vaccines in greater detail. That is why it is important for patients to participate in PDSA's COVID-19 & ITP Research Survey: https://pdsa.org/covid-19#covid-survey
In the meantime, patients should consult with their hematologist to arrange monitoring of platelet counts that balances this low risk while minimizing unnecessary exposures to infection. 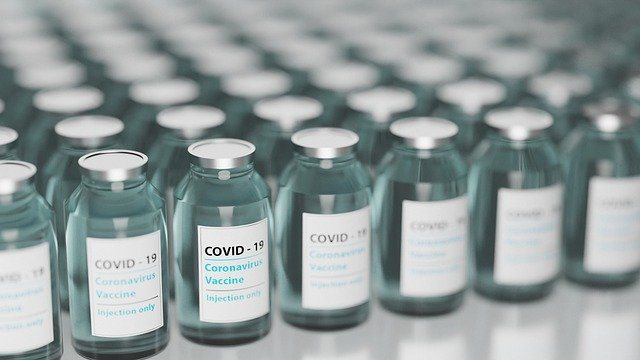 This study was carried out by the hematology team at McMaster University in Ontario Canada and included PDSA Medical Advisor Donald Arnold, MD. Blood clots often develop in patients with severe cases of COVID-19. Therefore, almost all patients admitted to the hospital receive heparin in lower doses to prevent clotting or in therapeutic concentrations if clots develop or they are perceived to be at high risk. In this review, the authors explored the theory that blood clots and severe thrombocytopenia are in certain cases, paradoxically, the result of the heparin used to prevent clotting. Heparin-induced thrombocytopenia (HIT) is a well characterized disorder in which some patients receiving heparin develop thrombocytopenia (low platelets) and thrombosis (clots) in arteries or veins as a result of platelet activation by antibodies that form immune complexes (ICs) with heparin and a protein released from platelets, platelet-factor 4 (PF4). These antibodies not only cause the clot but also deplete platelets.

The McMaster team looked at ten critically ill COVID-19 patients to determine if they had HIT. Data regarding clotting was only available for five of these patients, four of whom developed clots. Results revealed the underlying mechanism for clotting and severe thrombocytopenia in COVID-19 is different from HIT. First, some patients did not have or had only low levels of antibody to PF4. Second, although platelet-activating ICs were identified, they did not activate platelets as occurs in HIT.

Thrombosis is common in patients with severe COVID-19 infection leading to essentially universal thromboprophylaxis (administration of lower doses of heparin or low molecular weight heparin) or, when necessary, treatment with full dose heparin. The thrombotic complications of COVID-19 mirror patients who have HIT and thus may require treatment with more complicated types of anticoagulants in order to avoid heparin. Therefore, these studies make an important contribution by showing how laboratories can distinguish between the antibodies that activated platelets in COVID-19 that are independent of heparin and those that are dependent on heparin and cause HIT. An extremely rare but similar complication is now occurring in Europe following administration of the Astra-Zeneca vaccine. The pathophysiology of these cases of thrombocytopenia and thrombosis remains to be fully clarified but resembles HIT. More information allowing better understanding and management will likely be published shortly.