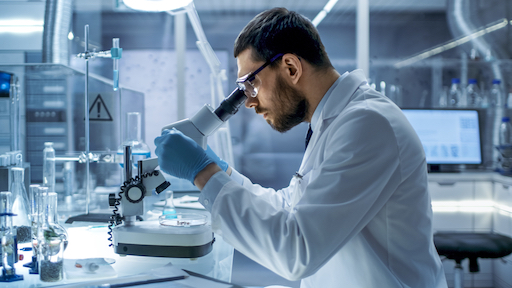 This study examines the use of genetic testing to identify children with secondary ITP who have an underlying medical condition, such as hereditary common variable immunodeficiency (CVID), which is an immune system disorder that causes you to have low levels of the proteins that help fight infections. The study focused on children with ITP who did not respond well to first-line therapies. Within the study, children were divided into three categories including: those who were highly suspicious for having CVID, those who were somewhat suspicious for having CVID, and those who were not suspected clinically to have CVID. Degree of suspicion was based on family and medical history. Overall, 176 children with ITP were enrolled in the study. Results revealed that 16 (9.1%) had a genetic test result that indicated they had CVID. Among the three study groups, approximately half of these CVID cases were identified in those highly suspicious for CVID based on other non-bleeding symptoms and/or their family history. The remaining CVID diagnoses occurred in the somewhat suspicious group. This suggests an appropriate medical and family history may allow for earlier identification or suspicion for CVID in children with ITP, specifically among those who have a hereditary type of CVID, and have access to genetic testing. Only 20% of individuals with CVID have a hereditary form of the condition.

This is an interesting study that explores underlying immunologic defects associated with ITP in children who had a low platelet count for more than three months, did not respond to two or more ITP treatments in past, and were dependent on drugs such as steroids to avoid bleeding. Overall, this groups represents only a small number of children with ITP.

The study suggests that CVID may be diagnosed early in children with ITP particularly if they have clinical symptoms suggestive of CVID and are resistant to steroids. The management would be altered in those patients if they were known to have likely CVID. According to the criteria indicated in the study, however, measuring immunoglobulin levels would be a step before genetic testing. Genetic testing is still valuable even in children already known to have these low immunoglobulin levels to confirm a diagnosis, however not finding a mutation does not rule out CVID since only a small group of patients with CVID have a hereditary form. The big picture is that this study further identifies a subgroup of children with persistent and chronic ITP who may benefit from genetic testing for CVID, and who may find an explanation for why their ITP has not resolved.

Terry Gernsheimer, MD, one of PDSA’s medical advisors, was selected to deliver a scientific talk at the most recent virtual American Society of Hematology (ASH) meeting. Her study was selected because it was considered to be one of the top six from among thousands submitted worldwide. This multicenter study assessed whether the use of tranexamic acid (TXA) could decrease bleeding symptoms in individuals with cancer and if this medicine could be used in more diverse settings such as surgical settings for patients with all types of bleeding disorders, including ITP. Individuals included in this study had a low platelet count (thrombocytopenia) either because of their disease or from the treatment of their cancer.

Results revealed there was no difference in the amount or severity of bleeding events between those receiving TXA and those who were not. There was no significant difference between the two groups in terms of number of patients who needed a platelet transfusion. There were also no deaths due to bleeding in either group (TXA vs not using TXA). While the study did not show that TXA reduced bleeding or the severity of bleeding in participants, it did demonstrate that the drug is safe and does not increase the risk for thrombosis (formation of blood clots), even among patients with multiple thrombotic risk factors due to their malignancy.

The results of this study are disappointing, but not entirely unexpected. The pathophysiology of bleeding after chemotherapy and transplantation is complicated and involves damage to blood vessels in addition to thrombocytopenia, which is the primary cause of bleeding in ITP. TXA works best at sites where clot lysis (breakdown) is most intense, for example in the nose, mouth, throat, gums and urinary track. Many hematologists will appropriately continue to recommend TXA for patients with ITP (and specific other causes of bleeding such as hemophilia or von Willebrand disease) who are experiencing bleeding or in anticipation of surgery at those sites. The finding that thrombosis was not more prevalent in the TXA group is reassuring. Another similar study is nearing completion and it will be of interest if it confirms the findings of Dr. Gernsheimer’s study.